Until recently, I thought the most creative thing I could do to upcycle my coffee grounds was to make a homemade body scrub or sprinkle it in the veggie patch to keep away those fat slugs making midnight meals of my rocket. Then it occurred to me that the bean I was using to make my coffee was essentially the pip from another fruit, and I wondered: where had it ended up? To my great delight, my not-so-groundbreaking curiosity had occurred to several other people the world over. These are the clever folks repositioning the mass volumes of ‘waste’ from the billion-dollar coffee industry – using by-products to transform into some pretty groovy stuff.

CoffeeFlour™ is made from the discarded coffee cherries that encase the coffee bean. The idea came to founder Dan Belliveau, a former Starbucks logistics expert, while designing roasting facilities. He realised that the fruit pulp waste left behind after the seed extraction process was huge and, after some rudimentary baking at home with his wife, pursued the concept that is now Coffee Cherry Co, a brand that not only ticks seven Global Sustainability Development Goals, but has also won numerous awards for innovation in agriculture.

The flour tastes nothing like coffee – since only the roasted bean produces that aroma – and actually lends a much sweeter, fruitier flavour to your baked creations. It also isn’t particularly high in caffeine and can be compared to the amount found in dark chocolate. ALSO READ: Baking just got a whole lot cooler with this caffeinated ingredient

Since coffee cherries aren’t a grain, the flour is gluten-free and also packs a good antioxidant punch. It’s recommended to use it in sweeter recipes instead of savoury and blending it with a different kind of flour at a 15 to 25% ratio.

The common verdict is that the coffee flour adds a unique and rather sweet molasses, figgy-like flavour to your baking, so feel free to reduce the recipe’s sugar content.

A bean there, cupped that movement

While coffee flour takes care of the pre-bean waste of the coffee cherry, what about all the masses of grounds waste once the brew has been extracted? Enter product designer Julian Lechner, who not only wanted to use the waste product of coffee grounds, but also explored the challenge of preserving it instead of allowing it to decay as a fertiliser.

After many years of intensive research, he was able to create a type of fibre that incorporated renewable raw materials like wood particles and natural resins with the coffee grounds and then mould them into the espresso, cappuccino and latte cups and saucers that make up the unique KaffeeForm brand.

The cups are lightweight and dishwasher safe and imbue a wonderful second-life coffee aroma, with each one carrying a unique dark marble texture thanks to the rich colour of the upcycled grounds.

They’re currently supplied by coffee houses all around Berlin, with one KaffeeForm cup made up of the grounds from six espressos. 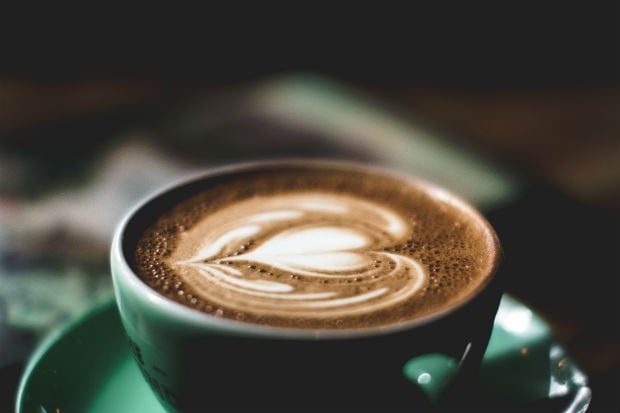 Talk about stepping up the daily grind.

7 signs you shouldn’t be in a kitchen

3 recipes to celebrate Eid al-Fitr with family and friends